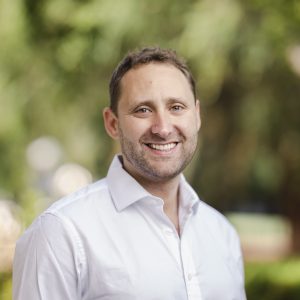 I am a Lecturer in the Program in Writing and Rhetoric at Stanford University.

I received my Ph.D. from Cornell University’s Department of Anthropology. As a sociocultural anthropologist, my research concerns capitalism, food, and ethics of care in South Asia.

To get in touch, please e-mail hkantor@stanford.edu. What does it mean to care and be cared for under conditions of chronic economic insecurity? My book project considers how rural families grappling with precarious agrarian livelihoods articulate an ethics of care. Given Bihar’s history of food insecurity, I examine care primarily in terms of food practices—the daily work of farming, cooking, and commensal eating that sustains the family. These practices also entails multiple forms of care directed at non-human others: animals, crops, foods, land, and gods. I explore these relations at a moment when economic liberalization and mounting environmental risks have rendered agrarian life tenuous, fueling urban migration and reconfiguring kinship and caste relations in the village.

This project challenges the surplus/scarcity dichotomy that often frames scholarship on food insecurity and the global food economy. My ethnography complicates this binary by attending to the quotidien appetites, labors, and vulnerabilities of particular gendered and classed bodies, thus illuminating the intimate ways that people experience larger political economic formations. I argue that sensations of poverty and abundance, pleasure and dissatisfaction, coexist in a single community, household, and even a single person. Even amidst austerity, their food practices reveal how Biharis care for their families and refuse the logics of scarcity that govern their lives.

The Wenner-Gren Foundation and the American Institute for Indian Studies funded 16 months of archival and ethnographic research. The resulting dissertation was awarded Cornell’s Guildford Essay Prize, a university-wide award “given to the doctoral student in any field whose thesis is judged to display the highest excellence in English prose.”

“A Body Set Between Hot and Cold: Everyday Sensory Labor and Attunement in an Indian Village”

Abstract: In Bihar, India, rural people conceptualize the body through a humoral framework and strive to regulate the body by balancing flows of heating and cooling foods. Rural people’s sense of embodied well-being emerges not just through the sensory aspects of eating but also through the ongoing labor of preparing food and managing the body vis-à-vis the surrounding environment. An ethnographic perspective on rural foodways brings together two distinct types of labor: preparing food for consumption (labor qua labor) and attuning to foods, the body, and the surrounding environment (the labor of sensing). Yet the labor of sensing is often written out of economic accounts that privilege output and productivity. This article presents local classification systems of food to show how Biharis attune their bodies and eating habits to the time of day and season. Ideas about what constitutes a proper diet and how best to care for the body elucidate social distinctions according to class and gender. The task of winnowing cūṛā, a popular dish of flattened rice, reveals how the labor of sensing undergirds productive labor. These practices of everyday sensory labor and attunement are vital to sustaining rural livelihoods and maintaining health against the backdrop of economic precarity.

“Building Beyond the Bypass Road: Urban Migration, Ritual Eating, and the Fate of the Joint Family in Patna, India”

Abstract: The anthropology of urban migration in South Asia has emphasized the plight of marginalized people and conflicts over public space. But the precarity of agriculture and inadequacy of basic state services has increasingly compelled rural middle-class families in Bihar, India, to establish a foothold in the country’s booming cities. Because they aim to remain located in both the urban and rural spheres, urban migration reconfigures kinship relations so that the joint family household becomes a non-cohabitating entity. Constructing a house in the city depends on rural consumption practices that are distinct from the individual-oriented consumerism of the urban middle class. The gr̥h praveś, the Hindu house consecration ceremony and feast, legitimizes this transition. The hosts negotiate their hybrid identity as urban migrants through the event’s food practices. For instance, adulteration scandals have prompted concerns about provisioning milk in the city. The consumption of milk-based specialty foods during the gr̥h praveś reflects the family’s effort to deploy nourishing, familiar foods that reassert ties to their village community while also signaling aspirations to prosperity and a modern, cosmopolitan identity. Moments of ritual excess extend overflowing hospitality to guests human and divine, providing material proof of the family’s unity and ambitions.

“‘A Dead Letter of the Statute Book:’ The Strange Bureaucratic Life of The Bihar Food Economy and Guest Control Order, 1950-1954”

Abstract: In the years following India’s independence, food shortages threatened to destabilize the country. In response, the Indian Ministry of Food in 1950 introduced the Food Economy and Guest Control Order. This statute was designed to check waste by limiting the number of guests permitted at social gatherings and regulating the types of food items served. The Guest Control Order quickly became a flashpoint between the bureaucrats in Delhi who conceived of the austerity measures and their counterparts in state capitals tasked with implementing the policy. This article examines the correspondence between the Ministry of Food and the Bihar Supply and Price Control Department regarding the Guest Control Order for insight into early debates about the appropriate role of the state in the economy. The exchange reveals the conflicting priori- ties – e.g. national objectives versus local exigencies, social cohesion versus enforceability – that characterized state policy in the early years of independent India. In these debates, assumptions about Indian culture, in general, and food practices, in particular – e.g. what is good for citizens to eat, how these foods ought to be eaten – became contested in the lawmaking process and emerged as central to the process of early nation-making. My pedagogical approach to teaching writing underscores the importance of continually practicing the craft of writing. By leading students through research projects, I emphasize a method of tackling a writing task that is marked by an awareness of audience, thoughtfulness about the authorial voice, and with a clear sense of the rhetorical situation. To support students in this effort, I encourage them to build a toolkit of critical vocabularies and analytical concepts that they apply beyond the course.

I draw on my background as an anthropologist in encouraging students to think about the questions of social identity, power, and ethics with respect to a range of the pressing global issues. My aim is to kindle in students a passion for investigating the world around them, engaging as inquisitive learners and responsible citizens. By completing their own research projects, students practice forming strong arguments, marshalling evidence, and developing them in a way that is fitting for the audience. In doing so, these writing projects prompt students to develop a method for approaching new writing challenges and study habits that they can draw on throughout their academic careers.

At Stanford, my PWR 1 course, “Food Values: The Rhetoric of What and How We Eat,” prompts students to consider how the multiple ways that what we eat expresses what we value. My PWR 2 course, “Think Global: The Rhetoric of Global Citizenship,” invites students to explore the meaning of global citizenship and how they might relate their own education to pressing global questions.

As a Postdoctoral Associate for Global Engaged Learning at Cornell from 2016-2018, I led the development of the Anthropology departments’s new engaged learning curriculum, “Global Gateways.” The program includes a foundational service-learning course and pre- and post-departure courses for study abroad in order to prepares students for a range of experiential learning opportunities. The curriculum emphasizes ethnography as a distinctive lens, skillset, and writing genre for navigating intercultural exchanges in both local communities and abroad.